The Hispanic community is one of the largest, fastest growing and youngest demographics in the United States. And, according to Miriam De Dios Woodward, former CEO of Coopera and current CEO of ViClarity (formerly PolicyWorks), it’s a demographic that’s also underserved. “Mainstream service providers aren’t serving the market very well,” she said. “However, the Hispanic community has high purchasing power. This is the demographic to pay attention to.” 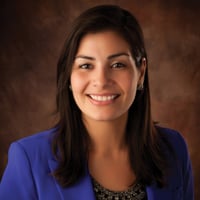 According to Miriam, one out of every six people in the United States is part of the Hispanic population. By 2050, it’s expected that one in three Americans will identify as Hispanic.

Even though people in this community are younger than the general population, now is the time for funeral professionals to learn how they can better serve them. From differences in funeral preferences to traditions surrounding death and dying, no one community is the same. Take a look at six ways to serve the Hispanic community, and three things to avoid.

Things to Avoid When Serving the Hispanic Community

“One of the easiest ways to offend someone is to assume that you know their background, where they come from or even what language they speak,” said Miriam. It’s important to never assume that someone of Hispanic heritage speaks Spanish. Often, third or fourth generations don’t speak fluent Spanish but can communicate bilingually with their families. There are major cultural variations from one community to another, so funeral professionals should never assume that each family will be the same.

“The more transparent you are, the better,” said Miriam. “We’ve all heard the cheesy advertising that features a non-Spanish speaker trying to speak Spanish. Unfortunately, when someone who speaks Spanish goes into their business, there isn’t actually anyone who can help them.” Deciding to advertise in Spanish is a big step, and one that you shouldn’t take unless you are absolutely prepared to help a Spanish speaking client family. Misleading advertising just creates confusion and irritation, and it’s ultimately disrespectful.

3. Don’t focus on an interpreter.

Spanish-speaking client families often bring their children with them to meetings as interpreters, which can make it easy for funeral professionals to focus on the children instead of connecting directly with their customers. “The best thing funeral homes can do is provide an adult interpreter, but that’s not always possible,” Miriam said. “Be respectful of the family and avoid speaking directly to the interpreter. Always look at the family when you are speaking to them. The language barrier doesn’t prevent you from making a connection.”

How to Better Serve the Hispanic Community

“If funeral homes are just getting started exploring who is in their community, an informal market scan can be really beneficial,” said Miriam. Firms can do simple things, such as looking at Census Bureau information and the growth rates of the Hispanic community in their area, to gain a better understanding of who they should be prepared to serve.

“Local Hispanic business leaders have a lot of beneficial information. They’ll be able to confirm your market scan hypotheses and give you some insights into where people are coming from,” she said. This information will help you better understand your fellow community members’ needs. “Even just gathering members of the Hispanic community and asking them what they need and what they want from you can be greatly beneficial.”

The next step is to start making some slight changes in your funeral home based on the new information you’ve gathered. “Think about how you can address the needs of the Hispanic community in your funeral home. It’s not about changing yourself completely, it’s about looking at what you’re doing now that’s working well and finding little ways to incorporate the community’s needs,” said Miriam.

Maybe the Hispanic community in your area would like longer, or multi-day visitations. Maybe it’s important to them to have a facility for large, catered meals or even an option to offer food trucks. Finding ways to make those needs a reality is a good, small change.

“I’ve seen really great examples of how funeral homes have adapted,” said Miriam. “One of my favorites is a funeral home that created a Skype room because they knew the members of their community were new to the U.S. and still had a lot of family back in Latin America. It helped make sure the entire family was included in the funeral process.”

Funeral professionals will most likely expect that a client family funds their prearrangements through a bank account and direct deposit, but this may not be the case for everyone. “People who are new to the country may not have had a chance to set up a bank account yet, so they may be more likely to pay in cash or choose a different payment method,” said Miriam.

6. Connect with partners and service providers

“There is a tremendous opportunity for prearrangement education in the Hispanic community,” said Miriam. “This practice may not be common where these families are from, so it’s important to connect with organizations that can help you get the word out. A good place to start would be service providers like Homesteaders.” Homesteaders provides several Spanish language marketing materials for funeral home use on the myHomesteaders® Marketing Order System. Firms who still aren’t sure where to start can connect with companies like Coopera, who focus on helping businesses strategize to reach out to the Hispanic market, whether it’s attracting bilingual employees or assisting with communications.