Get the latest funeral business insights, research and trends that can help grow your business. 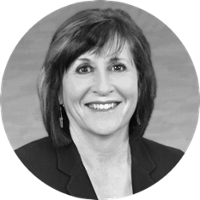 In last month’s article, we talked about the benefits of a solid strategic planning process for your funeral home business. As promised, this month we’ll talk about creating a strategic planning cycle that will help guide your business far into the future.

END_OF_DOCUMENT_TOKEN_TO_BE_REPLACED

One of the greatest business challenges many funeral home owners and managers face is finding the right balance between managing day-to-day operations and planning for future success. It may sometimes feel like you spend the majority of your time on things that need your attention immediately, and far too little time considering how to position your business for long-term success. In funeral service, schedules can change on a minute-by-minute basis and the families you serve expect you to be 100% focused in their time of need.

END_OF_DOCUMENT_TOKEN_TO_BE_REPLACED

“Each one of us has the need to avoid this issue, yet each one of us has to face it sooner or later. If all of us could make a start by contemplating the possibility of our own death, we may effect many things, most important of all the welfare of our patients, our families and finally perhaps our nation.”

Creating a better world by acknowledging our own mortality seems a lofty goal. That said, during the years I worked in hospice care I heard many stories of people who considered their terminal diagnosis a “gift” which brought into perspective those things that most mattered to them and forced them into open, honest conversations about what they wanted to achieve in the weeks and months before their death. My co-workers in hospice were passionate about helping patients along that journey.

END_OF_DOCUMENT_TOKEN_TO_BE_REPLACED

How Funeral Professionals Can Build Relationships with Hospices (Part 2)

In last week’s post, I explained how hospice care professionals sometimes serve as “gatekeepers” for a significant number of families who need funeral service. Instead of being a negative attribute, however, this presents opportunities to forge lasting professional relationships and identify clients who will benefit from your services.

END_OF_DOCUMENT_TOKEN_TO_BE_REPLACED

How Funeral Professionals Can Build Relationships with Hospices (Part 1)

“Seek first to understand, then to be understood.”

The late Stephen Covey made this concept #5 on his list of “The 7 Habits of Highly Effective People,” but long before that, St. Francis of Assisi made it part of his prayer for divine guidance. Perhaps nowhere are these words more relevant than in the efforts to form effective relationships between funeral service and hospice care professionals. There are certainly existing areas of mutual understanding between the two professions. End-of-life and death care professions tend to be those where only the most passionate individuals survive. It’s rare to meet a funeral or hospice professional who views the job as just another way to pay the bills. We are passionate about our work!